Which Factors Does Google Consider For Ranking Mobile Sites? 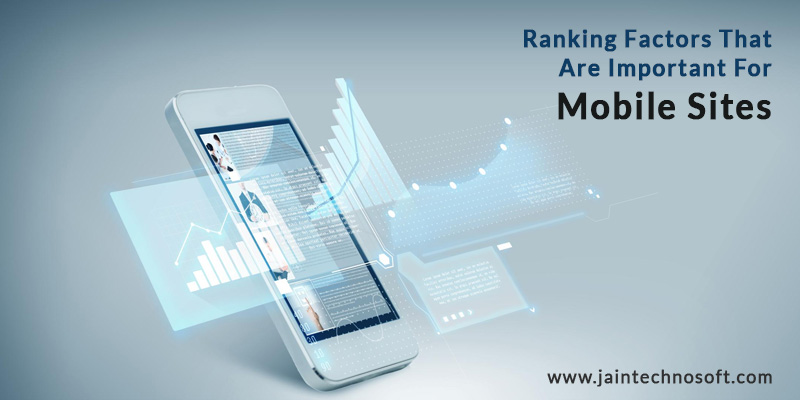 Google had come up with a ‘Phantom Update’ in April/May 2015, which favoured mobile-friendly sites in search results. It did not turn out to be a ‘mobilegeddon’ but it definitely has had a strong impact in these five months. The percentage of mobile-friendly sites has been increasing ever since. Before the Phantom update, 68% of URLs were found to be mobile-friendly, which has now risen to 71% after the update. This update by Google shows that it is trying to push websites towards mobiles. But, even if Google hadn’t come up with the update, websites would have optimized themselves for mobiles seeing the growth of mobile users.

Now that websites are gradually going mobile-friendly, let us have a look at what factors affect the ranking of such sites.

Users are always in a hurry to find out what they are searching for. They get impatient if a page takes time to load. Whether desktop or mobile, it is a must for a website to load fast. For mobile version of your site, you need to minimize file sizes to improve your page loading time. On an average, your mobile file size should be 25% of your desktop version to allow faster loading. A survey has revealed some mobile sites to load in only one-tenth of a second! Elements like flash design also slow down a page. So, avoid using such elements on your mobile sites. It has been researched that only 5% of mobile pages use flash designs as compared to 14% desktop pages.

Google is always working on making online browsing easier for its users. Thus, it highly considers user experience. For desktop websites, user experience plays a very important role. So, you can imagine how important user experience is in the case of websites for mobiles with smaller screen sizes and various internet signals. Some points must be considered like larger font size, less complex design structure, fewer ads and fewer images. These elements lower the value of user experience on mobile. Other tiny elements also need to be considered when designing for mobile, like the space between links and calls-to-action should be quite enough to avoid mistaken clicks from users.

The percentage of nofollow backlinks on mobiles has increased since the update but, it remains below the desktop value. Mobile sites are less frequently linked to news pages because they have their own special mobile versions. Thus, backlinking trends are also decreasing on mobiles as compared to desktop.

Because it has been only a few months since the update, we cannot come to a conclusion but, there has been a significant change in rankings since then, with the most emphasis being paid on the overall user experience on mobile sites. So, it is recommended that you also get started with the mobile version of your site. For any kind of assistance required, you can contact Jain Technosoft, who has a skilled team of designers and developers to build up a mobile website for you.