What Are The Web Designing Pattern Trends In 2015 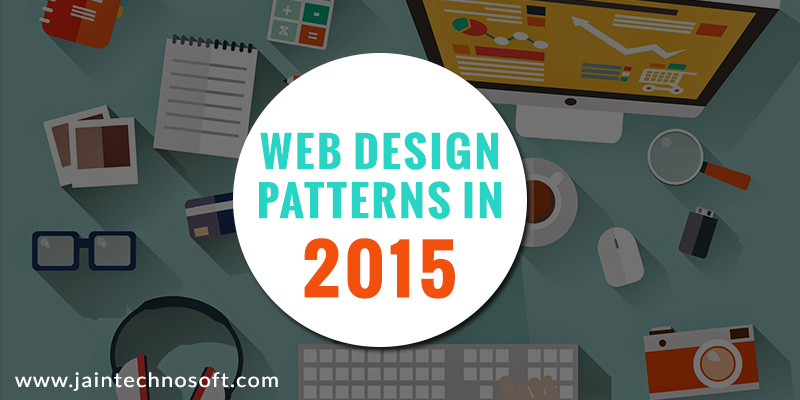 One of the most unavoidable aspects of web designing is the designing pattern of the website. Patterns are useful to the website in a variety of ways like speaking about a brand value, adding motion to an interface, enlivening simple designs with colourful effects. Over the years, there has been a great development in the concept of pattern ideas – from flat designs to material designs, but the most innovative one for the years 2015 has been Responsive design.

Responsive web design aims at creating sites with easy reading and navigation with a minimum of resizing, panning and scrolling, which can be used across a wide range of devices; from desktops to mobile phones. There are different layouts followed for such designing which include fluid, column drop, layout shifter, tiny tweaks and off canvas. A page may also use a combination of patterns. Mobile devices differ in display size and it is very important that the site can adapt to any screen size in terms of design as well as content. Responsive web design is one such design process where the layout changes based on the size and features of different devices.

Websites now have a homepage that consists of just a few words overlaying a large image or a video. This creates a very appealing visual effect on the users and this kind of a layout is also very practical. Such a layout has the maximum impact on the users as soon as they first visit the page. This layout works very well on all devices ranging from desktop screens to mobiles.

MAKING IT COME TO LIFE

This pattern has digitally rendered images creating 3D effects for flat surfaces. It is a combination of crafts and 3D technology. It helps convert still life to real effect images, which again has a visual impact on the users and makes it interesting for them to surf the site.

This pattern combines design and codes, which requires designers to work with mathematics. It comprises of tiny particles existing in a proper pattern or consists of geometric patterns.

It is a concept of designing with large or complex data sets and is utilized where businesses are not selling products but a concept.

This kind of pattern emphasizes on the designer’s skill at craft. It has a variation in repetition and consists of genuine and authentic designs.

Animation pattern loops animated GIFs to create a repeating pattern. It consists of a series of animations running together at different rates to create an infinitely changing pattern of movement.

Elements are placed outside of a formal grid, but follow the same pattern of repetition or the grid itself is highlighted with colour blocking.

The year 2015 will highly be influenced by digital print. Retro elements from the 80s and 90s will be back. The designs will also be inspired by the galaxy and space.

If you are looking for the perfect web design with the latest pattern trends, Jain Technosoft is the solution.