Twitter Set To Lift The 140 Character Limit On Tweets 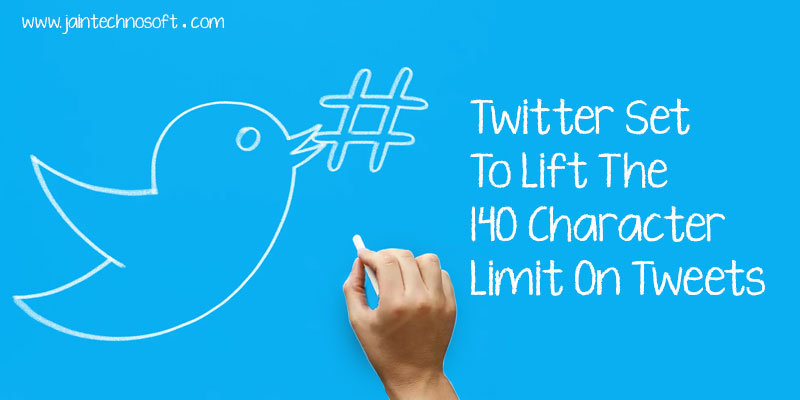 Twitter has lifted the 140 character limit on direct messages on 12th August 2015 and now lets users type upto the extent of 10,000 characters! Direct messages on Twitter lets you have private conversations with others. There have been many changes in the direct messaging system over the past few months, with this being the latest one. This change of lifting the character limit has made messaging powerful and fun. It started with rolling out on Android and iOS apps initially and slowly spread across worldwide.

Another change included the ‘retweet with comment’ service, where the retweeted tweet showed as a card inside the tweet, which in turn freed the 140 character space for more comments.

Making constant changes for the betterment of the users and to stand high amongst the others in the market, Twitter has now also come up with the thought of lifting the character limit on tweets. Just like direct messages, even tweets have been restricted to being 140 characters long. This was what separated Twitter from other blogging platforms. The character limit led to short texts about news, humour, updates and more – everything with just to-the-point information, which helped more tweets to be seen together.

Many users who have not liked this character limit service, have fled to other platforms like Facebook. But, Twitter still never considered removing this limit. However, this seems to be coming to an end soon. Re/code quotes, “Twitter is building a new product that will allow users to share tweets that are longer than the company’s 140-character limit.” It hasn’t yet been unfolded what this product will look like.

There are some users who dint not fly away to other blogging platforms. Instead, they turned to using services like Twenth and TwitLonger, where they could post messages longer than 140 characters in Twitter but, only 140 characters showed up on the display, with a link to the rest of the content.

The character limit of Twitter has been its trademark feature from the very beginning, although it has been a topic of discussion internally at Twitter for a long time. Even those outside the company have argued that the character length should be expanded. It seems like their wish has been finally granted. Apart from raising the bar on character limit, Twitter has even been discussing that it must remove things like links and user handles from the count.

With hundreds of millions of tweets sent across the world everyday inspite of the 140 character limit, the question arises if the long-form option will increase Twitter’s audience or will those users that appreciate the short-form trademark feature stop tweeting at all. Will Twitter with this long-form option become another Facebook? Would people want another Facebook when they already have one or will they prefer to have the Twitter they have been having since years? This question will only be answered once this new change rolls out and the results are examined.