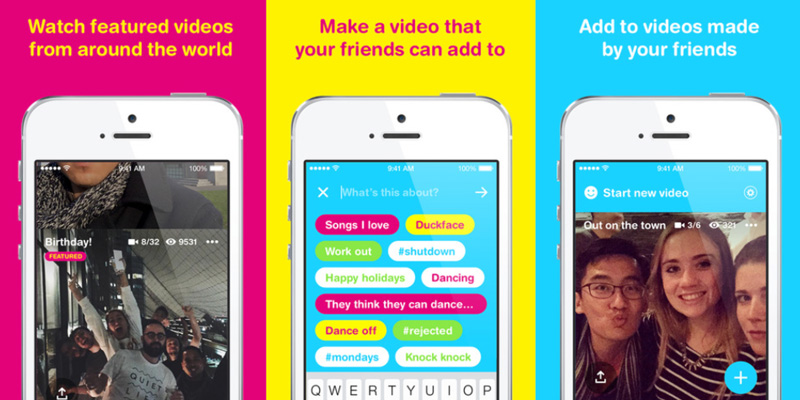 With the entry of Meerkat and Twitter’s Periscope, Facebook too has come up with a collaborative video making app named Riff.

Riff is a fun app which enables you to make collaborative videos with your friends. You can start by making a short video clip of under 20 seconds, and then define it with a single hashtag topic. Your friends can view this video and add their own clip to it and then video can be viewed by your friend’s friends who can in turn add their own clips.

Presently available on both iOS and Android, Riff can be easily shared through Facebook as well as directly on web. You can also share it on large scale through emails, social networks as well as from the app. There are few rules which need to be kept in mind while making videos using Riff – a user gets only a 3-2-1 countdown and can approve their clips before posting it. Unlike the multi-shot recording/ editing features which are readily available on Instagram, Vine and other apps, Riff does not provide you with this one feature.

Apart from this, the videos can be shot only from within the app and cannot be imported from the phone Gallery. Also the video creator has the rights to remove the added clips from the video chain. The app is currently available in English, Spanish, Portuguese, French, Italian, Thai, Vietnamese, Japanese and Polish.

According to Facebook’s Product Manager, Riff has been inspired by the viral spread of the ALS Ice Bucket Challenge in 2014 which ended with ice-soaked people challenging their friends to take up the challenge by the end of the video which led to the massive viral growth of the video.

Riff surely is a fun concept and a great addition to the existing video apps like Vine, Periscope, Instagram etc.  The launch of this app also shows Facebook’s growing interest in native videos. At present Facebook has no plans to directly monetize the app.