What Are The Uses Of Hashtags?

Home → SEO & Internet Marketing → What Are The Uses Of Hashtags? 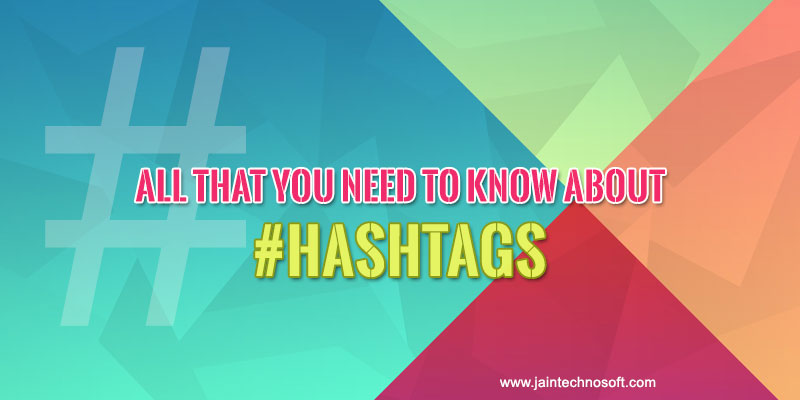 One thing which is very common on social media platforms is the use of hashtags. Hashtags are basically social media tagging systems that categorizes the content. First used in 2007, Hashtag is a kind of metadata tag used on microblogging services and social networks in order to make it easier for users to find messages with a specific theme or content.

Represented by the pound symbol (#) preceding a word used online, in television, print media etc. a hashtag helps you expand your reach to anyone interested in that particular hashtag phrase/ keyword. If used in the right manner hashtags can benefit your business and its online presence immensely. Here are some important ways in which hashtags can be used:

Communication with your client base is very important to build trust and loyalty. With the help of hashtags you can very easily start a conversation with your customers about anything and everything under the sky. So if you plan to launch a new product, contest or just want to say ‘hi’ to your clients, hashtags can help you do it in a very elegant manner.

Every ecommerce business wants to improve its search results in order to boost its internet visibility. With hashtags you can easily be a part of all the online conversation which is relevant to your business. You can also be a shape these conversations by being a part of it. This way not only do you get more exposure, but you also target the right audience which is sure to help your business in a great manner.

With the help of hashtags you can easily organize your content as per the subject/ theme as well as date/ time of publication. This way hashtags are an excellent means through which you can effortlessly organize the content of your business.

Twitter:  A place where hashtag is supposed to have originated, tweets which bear hashtags see two times more engagement (through likes, retweets, comments) as compared to tweets which do not have hashtags. Also it is recommended that you use a maximum of 2 hashtags in a tweet. Usually tweets having more than 2 hashtags see a drop of around 17% in engagement level.

Facebook: Though until recently the hashtag did not work very well on Facebook, in the recent times, Facebook too has seen a surge in number of posts bearing the hashtag. Also with the use of hashtags the engagement level has also been boosted.

So if you want to make a mark and get your business improved visibility then hashtags are one of the best ways to do so. You can also create your own hashtag to send out a powerful message. But it is advised that you create a clear, unambiguous hashtag to avoid confusion and being trolled on the social media. Or else it will create a negative impression about your business.