RankBrain Is The New Signal Of Google’s Algorithm 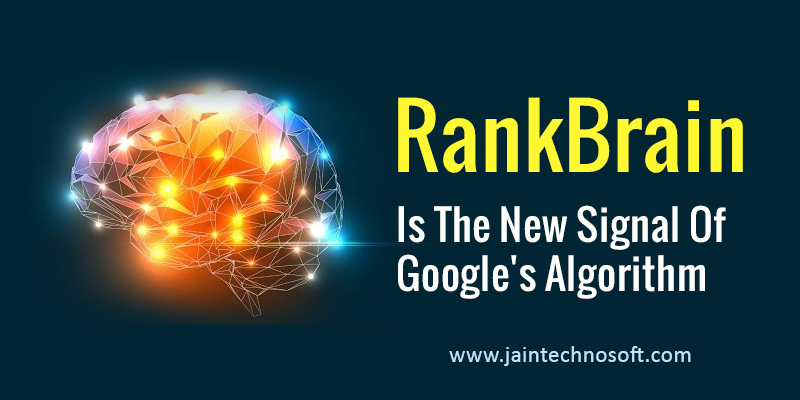 Hummingbird – the overall search algorithm of Google which handles all the searches comprises of various parts including Panda, Penguin, Payday, Pigeon, Top Heavy, Mobile Friendly and Pirate, with every part designed to take care of different actions including fighting spam, improving local results, rewarding mobile-friendly sites and fighting copyright infringement. RankBrain is also a part of the Hummingbird algorithm, which is a machine-learning artificial intelligence system used to help process different search queries.

So, in simple words, you can say that RankBrain is a system developed by Google, where it is designed to understand the intention of a user and what the user is actually trying to find, and gives the search results based on that information. It is a way to interpret the queries that people type on Google to find pages that may not have the exact words that were searched for. It searches through billions of pages and finds out the ones considered the most relevant for a query.

How does RankBrain contribute in ranking Web pages?

Google uses different signals to determine how to rank Web pages. Some signals it considers are words used, bold words, mobile-friendliness, etc. There are more than 200 such signals that are evaluating before assigning a rank to a page! RankBrain is one of these signals that determine which results appear on Google’s search pages and how they are ranked. RankBrain had a gradual roll-out in early 2015 and slowly spread to become entirely global since the past few months, and in such a short time, it now stands at the third position in the list of hundreds of signals that Google uses!

How does RankBrain refine queries?

Google processes around 3 billion searches every day. In 2007, Google stated that 20-25% of those queries had never been seen before. In 2013, the number went down to 15%, which amounts to around 450 million searches per day! This still is a huge number. These unsearched words might include multiple word queries or long-tail queries.

Thus, RankBrain is designed to interpret such queries in a better way and effectively translate them to bring the best relevant pages to the searcher. It is designed in a way to better understand complex queries and check how they are related to other topics, and thus, provide information of the same. This way, it processes a large number of queries on Google.

After reading this blog, you might have understood how big an impact RankBrain has on Google’s algorithm. Google keeps testing its elements every now and then to make sure everything is just perfect, and only launches a change if it is completely confident of it. So, launching RankBrain and confirming it as the third-most important signal for Google’s algorithm, definitely makes us believe that it is highly helping the search engine.