PHP 7.0 Released – What Are The New Features?

Home → Website Designing → PHP 7.0 Released – What Are The New Features? 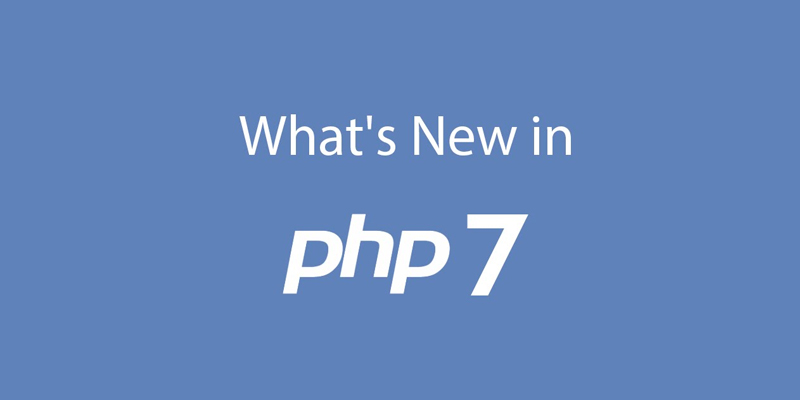 Eleven years after the release of PHP 5.0, there has been a major change in the PHP development. It has recently come up with its latest version 7, bringing a whole set of new attributes, with great performance and new language features being the most highlighted ones. PHP has taken a very long time to bring out its latest release but, has come up with equally amazing features. So, it has been worth the wait for web developers. To know about the features of PHP 7 in detail, read ahead.

But, before we go ahead, there might be a question arising in your mind – Why is it PHP 7 and not PHP 6 after version 5? This is because PHP 6 was attempted in the year 2005 but, the efforts did not succeed. The change the developers team tried to bring in the Unicode support failed. Thus, this experimental project went in for development but, was never able to release. So, in order to avoid confusion regarding the former attempt and latest development, the PHP team decided to omit the PHP 6 name for its next release and straightaway jump to PHP 7. Now, you can read about some of the features installed with PHP 7.

Speed is one of the most significant feature of PHP 7 which also means performance improvement. The speed has remarkably optimized memory usage and added just-in-time compilation, which allows compilation at run time rather than prior to execution. The speed of PHP 7 has doubled, which means that  the applications running on PHP 5.6 will run twice as fast on PHP 7. Thus, PHP 7 can handle twice as many requests per second, meaning a 100% improvement of performance. High speed will make your code execute faster and will require fewer servers to serve higher number of users. So, performance is one of the main reasons why you must upgrade your servers to PHP 7.

It has never been an easy task for PHP coders to handle fatal errors. But, with the new ‘Engine Exceptions’ brought about with PHP 7, it has become easier to handle errors. It will allow you to replace errors with exceptions, which makes it possible to catch errors and take appropriate action. If the exception is not caught, PHP will return the same errors as is the case with PHP 5 series. In PHP 5, in case of an error, the last default is used but PHP 7 will show you a fatal error to be improved upon.

PHP 7 comes with two new operators known as the spaceship “<=>” and the null coalescing operator “??”. The spaceship operator works like the smaller, greater and equals to sign that we have learnt in mathematics in school. If the operands are equal, the operator will return 0, if the left is greater, it will return 1 and if the right is greater, it will return -1. The null coalescing operator lets you check if something exists and returns a default value if its doesn’t.

The 5.x series of PHP hasn’t been able to provide a 64-bit integer or large file support but, PHP 7 has introduced a consistent 64-bit support, which means that both 64-bit integers and large files will be supported. Thus, you can run the language on your 64-bit Windows system.

It was necessary to get rid of a number of deprecated items and old and unsupported server APIs and extensions in order to free up some space to enable improvement. PHP 7 has been able to do this. Some of these items have been removed since the previous versions of PHP itself, which continues to remain removed from PHP 7 too. ASP-style tags like <%, <%= and %> along with script tags have been removed. Instead, you are recommended to use the <?php tag. The ereg extension has been replaced with the PCRE extension. The mysql extension has also been deprecated.

Now that you are familiar with PHP’s new features, you would want to start using this latest version for better performance. Jain Technosoft is a leading PHP website development company in India, which you can approach for having your website built using PHP 7. You will be able to interact with the most experienced web developers here who can help with every single element of a great website for your business.