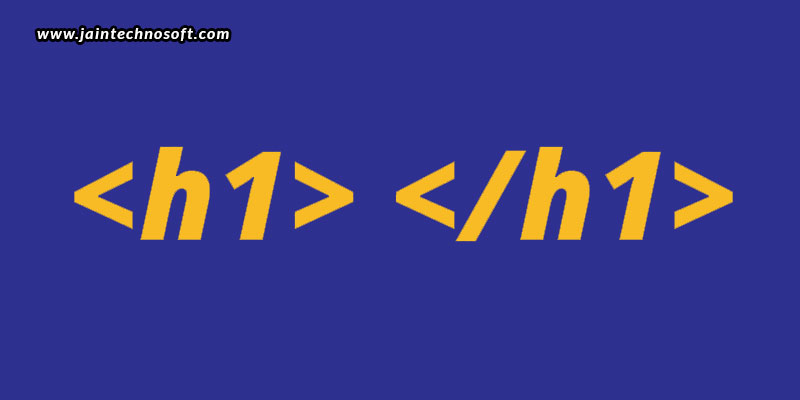 Earlier, it was believed that one must wrap the title of the page in H1 tags, and must also use only one H1 tag per page. However, over time, SEOs began abandoning these beliefs, and the new concept that emerged was using only one large text near the top of the page. This is because Google has now grown better at content analysis and understanding how the pieces of a page fit together. So, you can use as many H1 tags as you wish on a single page, with no limit on the upper and lower bound both.

H1 elements are a great way to give more structure to a page so that search engines and users both can understand which parts of a page are under different headings. And, having multiple H1 elements on a page is completely normal. Thus, your site can do equally well with no H1 tags at all, or with even five H1 tags. However, if you are still not sure, here is a test that was conducted for the same.

This was a test done for a blog that used H2s for headlines instead of H1s. A 50/50 split test of titles was done. Half the blog titles were changed to H1, and half were kept as H2. The difference in organic traffic between the two groups was then measured for the next eight weeks. The results showed no statistically significant difference, when the H2s were changed to H1s. So, it seemed like Google’s algorithms didn’t care whether H1s or H2s were used for the titles.

Why should you still use H1 tags?

There are multiple reasons that will make you realize why H1 tags are important; such as –

To summarize, there is no evidence that H1 tags are a ranking factor, but at the same time, it is also clear that H1 tags like structured data and headings can provide context and meaning to a page; thus making it better understandable for the users and Google, which in turns boosts higher ranking opportunities. It is thus a good idea to keep adhering to H1 best practices. So, you should keep your content organized and structured with hierarchical headings, while also using a large font headline at the top of your content. And, for everything else, you can hire SEO services in India to take care of all your optimization tactics.