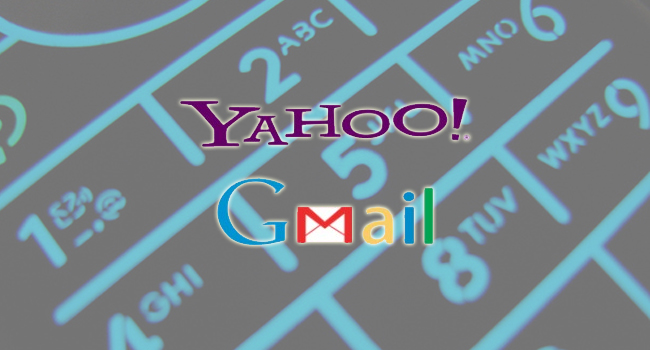 World’s most popular free email providers Google (gmail) and Yahoo have made telephone numbers mandatory for creation of new email addresses in a bid to check spam.

Any person wishing to create a new email ID needs to provide a telephone number which Gmail and Yahoo use for verification.

The Gmail website said that move to seek phone number is to check spam email senders.

“In an effort to protect our users from abuse, we sometimes ask users to prove they’re not a robot before they’re able to create or sign in to accounts. Having this additional confirmation via phone is an effective way to keep spammers from abusing our systems,” the website said.

Google has also limited number of accounts that a person using one telephone number can create but the website did not specify the maximum number of email accounts it will allow.

While for Gmail a person can give either telephone or mobile number, for a new Yahoo email account it is now mandatory to have a mobile number.

“At Yahoo, we are committed to the security of our users. We ask our users to provide their mobile number at registration as a secondary means of authentication, in addition to their password. We would only use the number if we see any unusual activity on the account,” Yahoo spokesperson said.

Internet Service Providers Association of India said that there is no regulatory requirement for making telephone number mandatory for having an email address and condemned the move as such practice could expose privacy of an individual.

“This is an attack on user’s privacy. This should not happen. If they (Gmail and Yahoo) are doing such a thing, then this must be recognised by Indian government on how they are collecting phone numbers,” ISPAI president Rajesh Chharia said.

Internet companies have been advocating at global level that there should be no kind of restriction on use of internet and if there are any regulations on internet, then the cost associated with compliance of those regulations should be such that it should not check proliferation of internet usage.

Though number of telecom subscriber is over 90 crore in India, a survey conducted by research firm Juxt in 2013 showed there were only about 55.48 crore people in the country who actually owned a mobile device.