SEO has always been a tricky business. We have to be prepared for the changes which search engines inevitably put into place. Google changes its search algorithms at regular intervals; many of the changes are minor. Every few months Google rolls out a major algorithmic update that affects search results in significant ways. For online marketers knowing these changes of Google updates can help in rankings and organic website traffic. 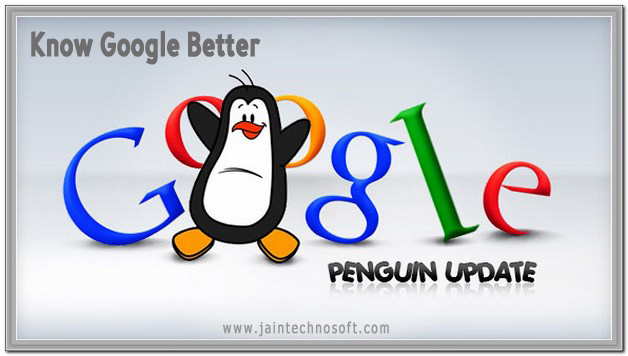 Google head of search spam, Matt Cutts, said that there will be a large penguin update in 2013. According to the latest updates (May 22, 2013) the 4th Penguin update (dubbed “2.0” by Google) arrived with only moderate impact. About 2.3% of English-US queries are affected to the degree that a regular user might notice. The change has also finished rolling out for other languages world-wide. The scope of Penguin varies by language, e.g. languages with more web spam will see more impact. Some evidence suggested that penguin 2.0 was more finely targeted to the page level. He previously confirmed update impacted 1.3% of English queries on December 21, 2012, prior to that was a refresh on November 21st that impacted 0.8% of queries.

Interesting facts of Google Panda and Penguin updates
Google recognized the growing problem with “spam” on the web. One of the special things about Panda is that it uses human reviewers to rate sites, not all sites are rated by humans but there is a sample of sites where human reviewers make the evaluation and after a pattern in reviewing is noticed, the job is continued by machines, which presumably use the same criteria as humans.

Panda is basically aimed at improving the quality of search results by removing low quality, spam entries from the first positions. Panda refreshes will come down the line on a regular basis-roughly every month according to Google.

Penguin updates are playing vital role for all web sites. The last penguin updates where many results were affected in search listing mainly concentrated on major points such as SEO guidelines, content, website design etc . Many leading article directories have lost as much as 70% of traffic and revenue after this update. Ezinearticles.com, one of the leading article directories of its time, has lost around 70% of traffic due to this update.