Are You Making These SEO Split Test Errors? 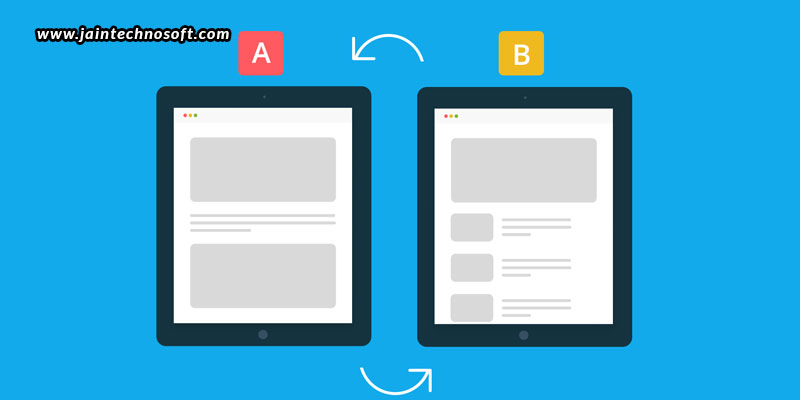 SEO split testing is an essential tool for an SEO who wants to call themselves data-driven, and wants to ensure that the efforts being put in are going to lead to more traffic. But, there are certain mistakes that are generally made while setting up and measuring SEO split tests, which you should certainly avoid. This post outlines four such mistakes, and warns you to keep away from them.

What is SEO split testing?

SEO split testing ascertains the page version that will perform better in terms of organic search traffic. SEO split tests bucket pages, wherein a section of the website in which all the pages follow a similar template are taken, half of them being made a change to, which helps to measure the impact that the change makes to the traffic across the variant pages, compared to a forecast based on the performance of the control pages.

Every site ranges in traffic levels enormously. In case of SEO split testing, if a site section of similar pages doesn’t receive at least 1000 organic sessions per day, it could be hard to measure any uplift from the test. Lesser traffic may mean a signal of positive or negative test result overtaken by the level of uncertainty involved. Beyond 1000 sessions per day, the more traffic you have, a smaller uplift can be detected. Thus, with heavier traffic, you need to make sure that the traffic is well distributed across a large number of pages. Moreover, if more than 50% of the site section’s organic traffic is going to 3-4 pages, the test will be vulnerable to fluctuations in those pages’ performance that has nothing at all to do anything with the test. Thus, the change you are testing is having an effect when it is being swayed by an irrelevant factor. With the traffic being well distributed across the site section, page-specific fluctuations can even out, making it easier to measure the effect.

It can take a while for the changes made on the website to take effect in the rankings. So, when running an SEO split test, it is essential to wait a week or two, to look for the variant pages to start out-stripping the forecast based on control pages. It may also take a couple of weeks for the outcomes to show; so you don’t need to panic if you don’t see any changes even after a week of the changes being made. Don’t call off any change as neutral too soon. Leave it running for a little longer, because the longer you leave it after the initial flat period, the more likely it is that the results will be significant.

For site sections with large number of pages having well-distributed traffic across them, the random approach can lead to fair bucketing. But, most websites have some pages that get more traffic, while some get lesser. Along with this, some pages have spikes in traffic according to trends, especially if they serve a particular seasonal purpose. Thus, pages must be created in a way that they have similar total traffic levels, similar distributions of traffic between pages, and similar trends in traffic over time.

Pages that rely on JavaScript perform worse overall. Also, Google doesn’t pick up changes that are implemented through JavaScript. The reason here is that the process of rendering, indexing, and crawling pages is a multi-phase process. Once Google discovers a page, it indexes the content within raw HTML, after which there is a delay for a change that relies on JavaScript. And, even after the change is rendered, there is a cut-off of five seconds after which the processing will stop. This leads to inconsistency, not demonstrating a significant effect.

Make sure to avoid all these mistakes, or hire a professional SEO company in India to help.