Ad Blockers – Useful for Users And Threat For Advertisers 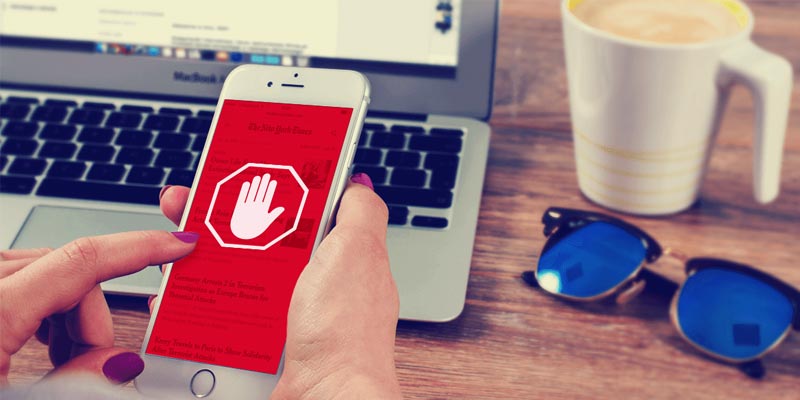 If you are into the field of digital advertising, you very well know how the landscape of online advertising constantly changes, and how you have to keep revising your strategies periodically to suit the current scenario. But no matter what, majority of people don’t like watching ads while they are browsing the Web. This is why we saw a sharp increase in the number of ad blockers installed last year on both desktops and mobiles. Nonetheless, installing these ad blockers come with a cost. To opt out of advertising, services like Spotify Premium, SoundCloud Premium, Netflix, Hulu, HBOGo, and many others charge a small fee. And, users are willingly paying the fee only to get rid of those annoying ads that pop up every time they are doing something online. Ad blockers have seen a drastic leap in popularity in the last few years, which is from 2013 till date. In fact, ad-blocking browsers have seen more popularity on mobile devices in recent years. So, the questions here are which factors are contributing to bring about this trend of ad blocking, and what will be the long-term consequences of users avoiding ads?

It is obvious that usage of such ad blockers is definitely going to affect advertisers on a large scale. But, this will also affect news and entertainment sites that make the most powerful revenue by selling ad space on their site! The increasing usage of ad-blocking browsers and plugins, if continued, will be a threat to such small guys who don’t have enormous revenue like the big names in the industry, and also to advertisers.

Even if the advertisement is highly relevant and beneficial, it annoys users when it pops up at the wrong time. Even a perfectly scripted and designed advertisement that is targeted to the right audience persona will be abandoned if it is presented too early in the buyer journey. This is why the context in which the advertisement is presented is equally important as the content of the ad. In fact, what has been seen is that users don’t dislike poor ads as much as they dislike a poor user experience. This is because users don’t go onto Web browsers to look for all those hundreds of promoted products and services; they come online to search for information they need. And, when an ad is presented to them at such a time, it annoys them because they are least interested or are less capable of taking any significant action on the ad that is being served to them at that particular time.

A research has proved that 81% of users responded negatively to pop-up ads, 80% to pre-roll ads, and 79% to in-banner auto play ads on YouTube. This is because it simply isn’t the user experience that they are seeking when they are considering to engage online. However, such cases are scarcer on Google because users generally come to the platform to seek a solution or product. This is why users here are more qualified to take a significant action as this is the experience they signed up for by searching.

Therefore, apart from a relevant and targeted advertisement, serving users with an ad within the proper context is important – the platform on which the ad is placed, the time at which the ad is shown, and the manner in which it is presented. If this is not done, advertisers are sure to waste their money and run the risk of annoying users so that they are compelled to use ad-blockers to stay away from a poor user experience. So, strategize your advertising plan to provide a great user experience as well as increase your revenues. You can first introduce your brand on marketplaces like Facebook, YouTube, etc. and then go over to other marketplaces like Google and other websites. A professional and experienced internet marketing company in India can help you with this by adapting to the changing digital landscape and reaching the right people at the right place and the right time perfectly.